For many people, comics are nothing more than picture books. There is much more behind the lavishly designed booklets. Images have been used since ancient times to tell stories to the descendants.

Comics and cartoons for children and adults

The reason for Comi's popularity lies in the artistic design of the stories. Comics convey stories in a way that words alone could never do. Classic comics are stories about superheroes, ducks or science fiction stories, but there are no limits to the stories in the magazines. Almost every genre that can be found in books has an equivalent as a comic.

Comics are particularly popular with children, because the combination of vivid images and exciting stories quickly immerses the children in a fantasy world. And comics can have just as great a learning effect and an equally positive effect on their development as classic literature.

It just depends on the content and the comic design. So the design of comics in their entirety of content and images has become an art form of its own, to which we have also dedicated ourselves.

Cartoons with snuggly and yawny

Our cheerful and human comic heroes are confronted with the pitfalls of our everyday life: partnership, love, humor and more. Loving series with short cartoons that we regularly update with new drawings!

To Snuggly and Yawny 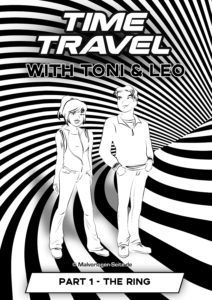 Antonia and Leonard (aka "Toni" and "Leo") are the main actors in these time travel comics. Toni and Leo are two young people who one day find a strange ring.

Comics with learning effect and for coloring.

To the time travel comics with Toni and Leo 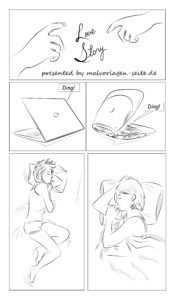 Because there are already enough comics with ducks, superheroes and many other fictional characters, here's something new. The story behind this LGBT comic is based on a true story. Join Dana and Sabrina from the first chat to the engagement.

To the love story comic 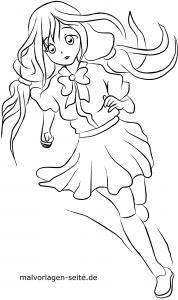 Manga is the Japanese word for comic. The special style of Japanese mangas in Japan covers a large part of the media landscape, but is also in Western countries no longer think away from the world of comics.

Do you have questions, suggestions or criticism? Do you have ideas for a comic or cartoon? Maybe we can help implement it. Please do not hesitate to contact us.