The stories from the fairy tale world inspire children as much as their parents, because in these stories the good prevails, which unfortunately is not always the case in real life. In fairy tales the viewer can see so much bravery, friendship, morality, tension and also love that it can take his breath away. And our fairy tale quiz supports this enthusiasm for fairy tales.

The topics in fairy tales go beyond the boundaries of the imagination and occur occasionally in our daily existence, which is why the success story of fairy tales continues to this day and inspires people who like to put themselves in the fairy tale world. 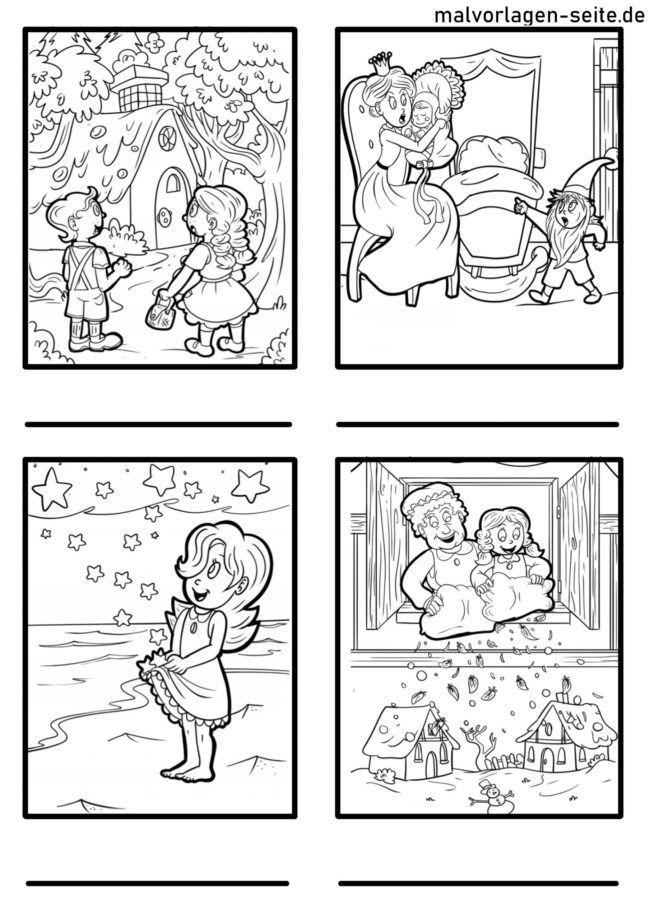 Today, fairy tales are often used as a template for films, series or books, where they are usually told in a completely new way, but the original versions of fairy tales have become classics in our history and offer the opportunity to answer many questions put.

For this reason, a fairy tale quiz with 25 questions about the world of fairy tales can be found here, in which it is possible to put your fairy tale knowledge through its paces. What happens to Pinocchio's nose when he lies? Who is Snow White staying with after her escape?

These and more questions about well-known stories from the world of fairy tales provide the material for this varied quiz, which can be used to put your own fairy tale knowledge to the test.

This fairy tale quiz can, for example, be an amusing pastime for a children's birthday party, where the guests can guess and talk about the fairy tales.

You can print out the following questions free of charge as a PDF document using the link at the end of this page:

1) How is Snow White brought back to life by her prince?

Answer: The prince awakens Snow White with a kiss.

2) Which fairytale character would like to visit a ball?

Answer: Cinderella wants to go to a ball, which you can do with the help of a good fairy.

3) Who wants to visit Little Red Riding Hood in the forest?

Answer: Little Red Riding Hood goes to the woods to visit her grandmother.

4) What do most dwarfs do in fairy tales?

Answer: In fairy tales most dwarves work in a mountain mine.

5) What happens to Pinocchio's nose when he lies?

Answer: When Pinocchio lies, his nose gets bigger.

6) When does Snow White get lost after her escape?

Answer: In the forest, Snow White finds refuge with the seven dwarfs.

7) Which animal does Little Red Riding Hood encounter?
A) A lion
B) A wolf
C) A polar bear
D) A tiger

8) In what kind of house does the witch live in the fairy tale Hansel and Gretel?
A) In an underwater house
B) In a gingerbread house
C) In a glasshouse
D) In ​​a wooden house

Answer: The witch in Hansel and Gretel lives in a gingerbread house.

9) In a fairytale, a wolf destroys two houses. Which animals live in these houses?
A) sheep
B) pigs
C) Squirrel
D) Badgers

Answer: The wolf destroys the houses of two pigs by blowing the houses away. The house of the third pig, the wolf can not destroy, because it is built of stones.

10) What do you call the characters fighting for the good in a fairytale?
A) hero / heroine
B) man / woman
C) Giant / Witch
D) Dwarf / Wolf

Answer: The hero or the heroine embody the good in most fairy tales.

11) Which fairytale character is not a woman?
A) Rapunzel
B) Snow White
C) Rumpelstiltskin
D) Little Red Riding Hood

Answer: The fairy-tale character Rumpelstiltskin is not a woman but a man.

13) Which fairy tale character changes from a wooden doll to a human?
A) The evil queen
B) Rumpelstiltskin
C) Pinocchio
D) Gretel

Answer: Pinocchio is initially a wooden doll and then becomes a human.

14) Which creature has killed so many valiant knights in fairy tales?
A) Dragon
B) The moon
C) Mermaid
D) A tree

Answer: In fairy tales, knights often fight against a big dragon and many knights are defeated in these battles.

Answer: Rapunzel is known for her long hair.

Answer: Many fairytales take place in a kingdom.

Answer: A hunter gets the order from the evil queen to kill Snow White in the forest.

18) Which fairytale character often fulfills wishes?
A) The fairy godmother
B) The wolf
C) The magic mirror
D) The sheep

Answer: A good fairy is responsible for fulfilling wishes. 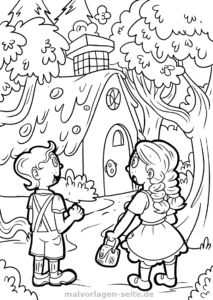 19) Which fruit is Snow White poisoned with?
A) With a pear
B) With a cherry
C) With an orange
D) With an apple

Answer: Snow White is poisoned by the evil queen with an apple.

20) What are Hansel and Gretel?
A) Best friends
B) brother and sister
C) Two fairies
D) Two kingdoms

Answer: Hansel and Gretel are siblings.

22) The hero or the heroine ride in many fairy tales on an animal. Which animal is often used as a mount in fairy tales?
A) The pig
B) The wolf
C) The horse
D) The cow

Answer: The horse often serves heroes and heroines in fairy tales as a mount.

Answer: Witches are evil in fairy tales in most cases.

24) What do you call the fairy-tale character whose body is half fish and half human?
A) Rumpelstiltskin
B) Magic Mirror
C) Mermaid
D) Dragon

25) What is the end of most fairy tales?
A) A question mark
B) The happy ending
C) A sign
D) A fence

Answer: Most stories in the fairytale world end with a happy ending.

Do you have questions, suggestions or criticism? Please do not hesitate to contact us! New ideas for a fairy tale quiz? Gladly bring it to me!