Children train their brains directly from the baby age. This statement makes us realize how important playing for children is. Already babies enjoy the sound of a mobile and admire the swinging of the same over their cots. They perceive their surroundings with all their senses and, as soon as possible, try to imitate the movements of the parents on the cot. The child learns with all his senses and the brain keeps evolving.

Why is playing with parents and other children so important?

The more active the child becomes, the more it tries to imitate the parents. All items are interesting for a toddler and it tests out so many possibilities it is capable of.

Starting with putting up and knocking over a cup, putting it back up and pushing it into a corner makes everything possible. The older the child is and the more his brain develops, the closer he gets to playing or what adults mean by it.

Building turrets with building blocks serves to develop the motor skills and the coordination of hand and eye. Pushing a car and driving against a book forms more synapses in the brain.

The child builds up knowledge that it does not yet understand, but that lays the foundation for a later, more conscious life. With each new game and every new opportunity that opens up to the child, his understanding of his environment increases. When it reaches the point at which it understands its action and the imitation of the parents takes on a larger form, the next step follows.

Timing with action and reaction

The mother takes a pot and pours tea into a cup, she drinks it and puts the cup back. The child tries to recreate this process using his toy. It closely watches the mother and imitates her movements. The brain connects the connections and forms a network of action and reaction. The child learns in this way more than just controlling his motor skills.

By trying out different options, in terms of what the mother has done, it sharpens his concentration and promotes his hand and eye coordination. To do this, he grasps the objects with his hands and his mouth checks the condition of the object.

Playing with other children

Playing alone in his early years has given the child the basic knowledge needed to develop his brain. The foundations for his development, his social skills and his consciousness have been laid. Mothers and fathers who deal with their baby deal quickly realize how strong his basic trust to them. 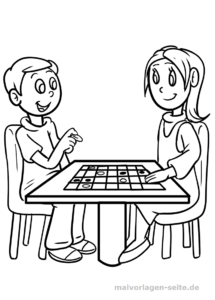 This basic trust is part of the development of the brain and enables the child to put trust in others. The brain processes this trust and transfers it to all adults. A change of this transfer takes place only through the experiences that the child will have. It has easily developed its basic trust close to the parents, because observing the parents has strengthened the child's trust.

In kindergarten, playing with other children and later at school, the children learn from each other and each other. Playing together with children helps them to understand what is losing and how social contacts are built. Quarrels between children are normal and soon become a thing of the past, because children not only learn consciously but also unconsciously.

Many incidents during playing together take the children in, without being aware of it and forgetting a dispute is one of them. They bicker and tolerate each other, the children learn to express their opinions, to accept other opinions and to forgive.

The entire development of a child is related to the different games. Games to play alone and games in common, both promote the child and provide great services in the development of the child.

Let the children play, they learn and develop better, faster and happier by playing.

When parents play with their children, they are rarely confronted with the question of why playing is so important to their children.

This is partly because they want to make their children happy and partly because it is "normal". However, toys and games fulfill a much more meaningful function, as pure employment and entertainment of the little ones. Children learn by playing.

Playing is a natural way for children to become familiar with their environment, to understand it and to influence it independently. 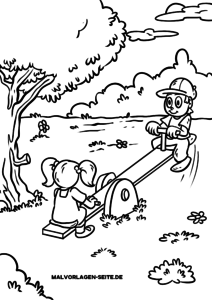 Whether it's playing with toys, reading a book, making music or doing crafts, each game in its own way fulfills an important role in the development of a child.

Children have an inborn curiosity and eager to experiment. They are little explorers and explorers in every way. If one observes a child while playing, one will soon discover with which high concentration and enthusiasm it can devote itself to his actions.

It does not matter whether it builds with blocks or paints colorful circles and lines on a sheet of paper. Children often want to unfold freely in their game and follow their boundless imagination. There are no limits to the versatility of playing. No matter what children play, each game promotes part of their development. Starting with creativity, through language to the independent acquisition of new knowledge.

Although children need suggestions, structures and rules, they are true masters in getting and acquiring in the game, which is especially important for their development. In the game, children get to know their world, find out in their own way what meaning things have, what they need and how they work.

They sharpen their understanding of the nature and shape of various objects and enhance their motor skills. This is the case, for example, when playing with dolls, building bricks, stuffed animals and the like. Children like to feel, feel and taste the things that fascinate them. Children do not just want to see and be explained. They want to experience, recognize, try and understand themselves. 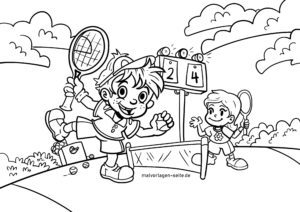 Their stuffed animals and dolls are not just a particularly popular toy, but full family members they care about with dedication and love, and often very well.

They pass this on to their darlings, what they themselves learn from their parents and lay down important foundations for a later life together.

How children learn to lose by playing

Those who watch or play with children during their play can often see that they can not lose well. What many adults lack is not always present in children. Every child has to learn that losing is part of the game and, above all, how to lose it properly.

It is by no means in the nature of the child to coolly come out of a losing situation at the age of three. Cubes and pawns fly into the next corner of the room rather than reacting so confidently.

Children of this age are not capable of development at all. You not only have to learn the game itself, but also how to lose it. Every adult can understand how difficult the situation is as losers, so teach your children how to deal with defeat.

Strong children can become strong adults. Children with positive self-esteem are more likely to get out of such a situation, not just at this age, but later.

But they should not learn it only through bad experiences, for example, when they are laughed at or annoyed when playing with other children as bad losers. That would leave additional negative memories. Parents should therefore build up early on the self-esteem of the child, so it can learn to plug in defeats and process well. Certainly no one likes to lose, even adults do not, so anger and disappointment are also basically normal reactions. However, it is important to express this anger and frustration in a channeled way and not to be "blindfolded", so to speak.

Learning to play with age-appropriate games

Parents should not be tempted, despite all the love for the child and with all understanding, to let the child win, although it would actually lose. The child does not learn from this, especially it does not learn for later life. Then it can not escape anger and disappointment by losing, but must face this situation.

With the right games, which are built especially age-appropriate, children can learn more easily, how to fit a defeat. However, such a game should be a community game in which everyone must win together - at least for very young children it is very important.

Also a high fun factor is very helpful, many children simply forget that this could also be about winning. When children are small, they can not yet master all the rules and need the guidance and supervision of larger players. Here, too, parents should not rigidly prescribe all the rules, but introduce children relaxed and relaxed to the final result of the game rule.

How do you deal with the anger of the children?

Of course, none of this is a magic bullet to turn frustrated losers into happy losers. Somewhere a little feeling of defeat is part of the game, otherwise nobody would be happy about a victory. If the child reacts uncontrollably, adults should remain calm and relaxed.

As soon as the little loser has calmed down, he is also receptive to explanations and consolation. Perhaps it makes sense to give a few strategic tips and the prospect of "next time it works better" also helps to overcome the current frustration.

When playing with board games, such as City-Country-River, children also develop and consolidate basic knowledge and skills such as self-confidence and self-affirmation.

Creativity and thinking are stimulated and promoted, as well as a we-feeling and a conflict within a group.

They learn to respect rules and at the same time endure a failure and disappointment. Perseverance and stamina are promoted and they acquire new knowledge and learn how to contribute their knowledge independently.

In addition, this game can be played in many different variants and wonderfully adapted to the current development phase and the interests of the child. Children can easily learn about plants, professions, countries, animals etc. There is no better support for children than giving them the time and space to play. Because for them, playing and learning is one and the same.